Kier Property, the development division of Kier, has snapped up a major regeneration project in Birmingham.

The firm bought Arena Central in Birmingham from Miller Developments and is set to develop three further phases of the site’s existing masterplan.

The main elements of the scheme will include Kier Property developing three office buildings, totalling 526,009ft2.

The Office of Government Property will occupy 3 Arena Central (pictured), another building that Kier Property will take responsibility for, from 2022.

HSBC has already taken up occupancy at a building in the scheme One Centenary Square.

The site is in the Birmingham City Centre Enterprise Zone and is part of a major redevelopment of 10 buildings consisting of offices, shops, bars, cafes, restaurants and a hotel that will be finished by quarter four 2026.

The project is close to the International Convention Centre, the Library of Birmingham and Arena Birmingham. 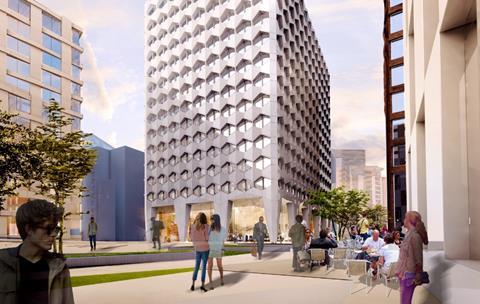