Labour: We are the party of public spending 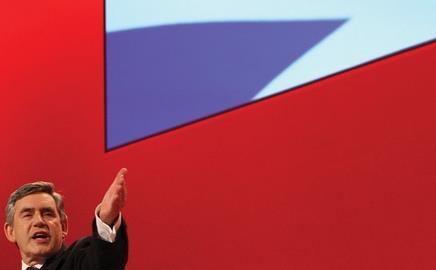 A commitment to build a £34bn high-speed rail line linking London and Scotland was the biggest win for the construction industry at Labour’s conference in Brighton this week.

The announcement, which is part of a strategy to portray Labour as the party of continuing public spending, was made on Monday by transport secretary Lord Adonis. It was accompanied by pledges to spend money on rail electrification, housing, nuclear power, green technology, training and apprentices.

The government has been looking at a number of high-speed rail options for some time, but Adonis’ speech was the strongest commitment so far.

He said: “I see this as the union railway, uniting England and Scotland, north and south, richer and poorer parts of our country … pioneering a fundamentally better Britain.

“I think that for Britain, high-speed rail is a no-brainer.”

Adonis also committed the party to funding the £15.9bn Crossrail project, as well as to plans to electrify rail lines between Liverpool and Manchester, and London, Bristol, Cardiff and Swansea. He said: “I pledge that today we will press ahead with Crossrail and with rail electrification. The Tories would betray the future. We won’t.”

Prime minister Gordon Brown left it to other senior ministers to echo the point, with little new in his speech for the construction industry. However, he underlined a broad commitment to the education sector and said the government would invest more, not less, over the next five years.

Speeches by business secretary Lord Mandelson, chancellor Alistair Darling and housing minister John Healey all tried to play up the difference between a Labour government continuing to invest and a Tory party making cuts. This comes despite recent admissions that cuts will ultimately have to be made by a Labour government, and in reality the conference was short on new funding commitments.

Darling said this week: “Just as the support we have put in place is getting the economy back on its feet, the Tories want to withdraw the helping hand. If we followed the Tory route now recovery would be put at risk.”

Mandelson said his department would continue to invest in struggling firms that were important to the UK economy.

The news was tempered by the fact that few expect Labour to be in a position to implement the policies. Michael Ankers, chief executive of the Construction Products Association, said: “The ministers showed they understand the importance of infrastructure spending. They might not be able to implement it, but they do realise the importance of it.”