Laing O’Rourke will start work on transformation of Olympic media centre in August, after deal finalised for lease of building 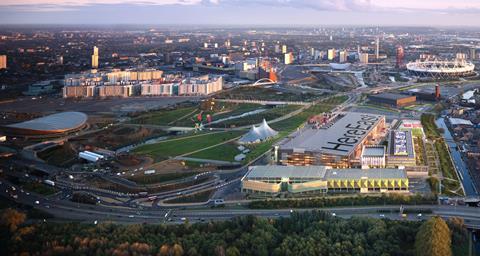 Laing O’Rourke is set to start this summer on its £100m job to transform the Olympic media centre into a new home of digital and creative businesses.

Laing O’Rourke was appointed to £100m job to transform the London Olympic press and broadcast centre into a tech hub last March, after seeing off competition from Mace and Carillion,

The Here East scheme, formerly known as iCity, will include one million square feet of space, mostly aimed at digital businesses.

The scheme has been designed by architect Hawkins/Brown for developer Here East - a joint venture between Delancey and data centre operator Infinity SDC.

This week Here East and the London Legacy Development Corporation (LLDC) finalised the lease agreement for the buildings and said Laing O’Rourke would begin construction in August.

Dennis Hone, LLDC chief executive, said finalizing the deal was the “culmination of years of hard work to deliver a long term legacy for the press and broadcast centres”.

“It is a giant step towards creating a world-leading creative and digital cluster in the heart of Queen Elizabeth Olympic Park,” he said.

“Following the successful opening of the south of the Park last month, we are well on our way to creating a new heart of east London - bringing jobs, skills and training opportunities to local people.” 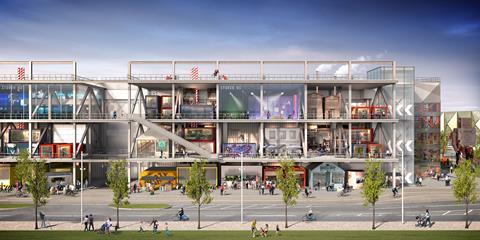