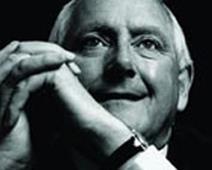 The contractor – whose highlight of the year was the successful delivery of the London 2012 Olympic Park as part of the CLM delivery consortium – saw revenue edge up 6% to £3.5bn over the period, up from £3.3bn the previous year.

Laing O’Rourke chief executive Ray O’Rourke said sales growth would be “a challenge” next year – but he added he was confident of increased activity in selected international markets.

O’Rourke said: “We are confident that 2013 will bring stronger activity, with China and the emerging nations continuing to drive their aggressive economic development plans.

In a statement released earlier this month, the firm said its managed revenue rose to £4.3bn for the period, up from £4bn the previous year. A company spokesperson told Building that this figure included its share of joint ventures.

The statement also revealed pre-exceptional earnings before interest and taxes  rose 5.3% to £54m, up from £51.3m the previous year.