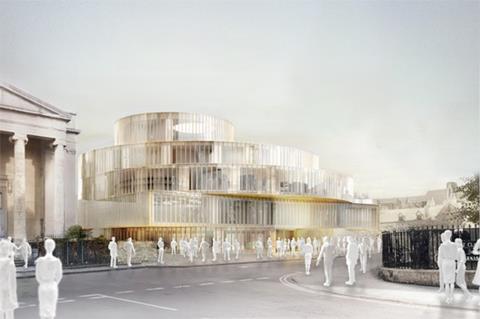 Laing O’Rourke has been appointed for a £30m contract to build Oxford University’s new School of Government.

The firm has been chosen to construct the six-storey Blavatnik School of Government according to construction information provider Barbour/ABI.

The scheme, due to start on site in May, is due to house a faculty aiming to train future world leaders.

Designed by Swiss architect Herzog & de Meuron and funded by Russian American billionaire Leonard Blavatnik, it will be built on Walton Street next to St Paul’s church in the Radcliffe Observatory Quarter, which has been masterplanned by Uruguayan architect Rafael Vinoly.

The building’s stacked, semi-circular design is said to pay homage to the city skyline.