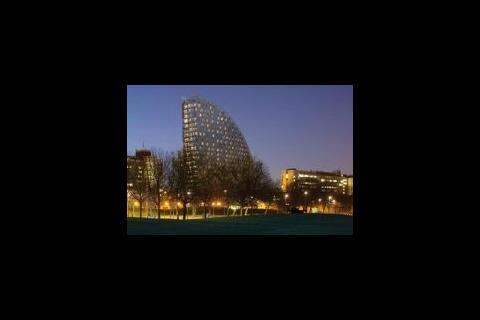 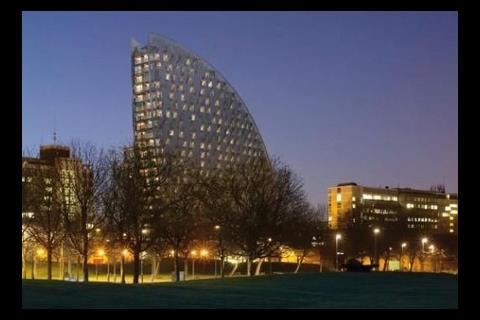 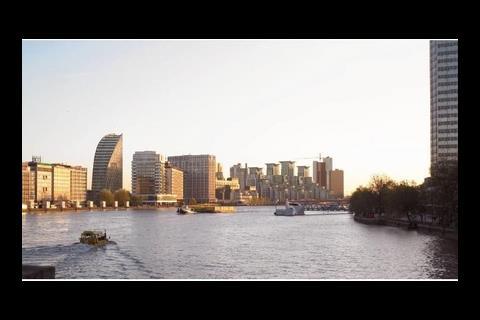 Distance view of the skyscraper

A fin-shaped skyscraper designed by Make Architects has been refused planning permission in central London.

Lambeth City Council has ordered the architect to scale back the plans for fear the structure would block sunlight to neighbouring buildings.

The mixed-use scheme, comprising mainly apartments, was to have been built on Albert Embankment and was to have stood 23 storeys (75m) tall.

In its design review, carried out in September last year, Cabe announced its support for the application, reserving particular praise for the “rigorous rationale” Make had shown in regard to the strategic views and the building's effect on the daylighting requirements of neighbouring buildings.

But Lambeth council has now followed the advice of its planning officers, who recommended last October that it be refused permission on the grounds of an inadequate section 106 proposal and a loss of sunlight to surrounding buildings.

A spokesperson for the council said: “There were a number of reasons for it to be turned down, other than the size. The council felt there was not an acceptable sustainability strategy, there was inadequate funding for various public sector assistance schemes such as improving public transport, and there were employment-generation issues for the area.”

The Greater London Authority had also voiced concerns about the scheme last October, saying that improvements were needed for the quality of the residential units, that there was an insufficient percentage of affordable housing, and that flooding and climate change measures were not adequately handled.