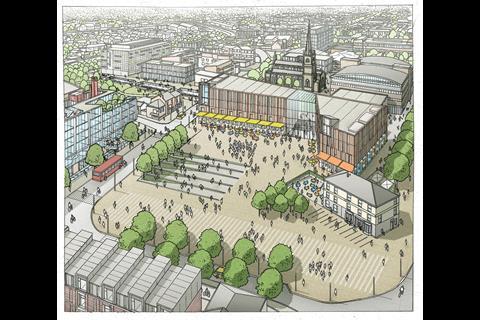 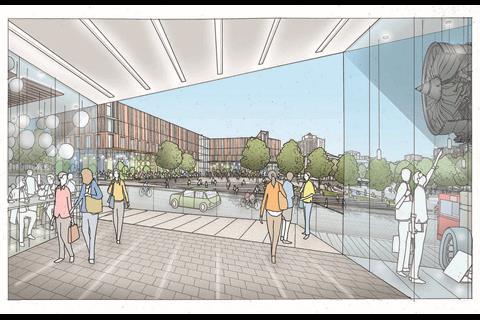 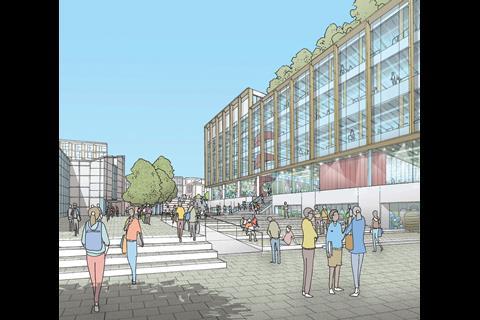 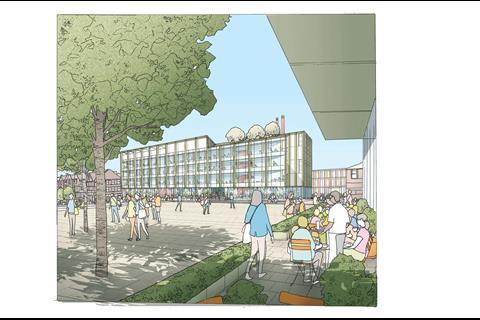 View of the Engineering Innovation Centre from Adelphi Square

The University of Central Lancashire has released details of a masterplan to regenerate its 15-hectare Preston base, integrating new facilities with the city centre.

Designed by Allies and Morrison, the blueprint includes the development of a £30m Engineering Innovation Centre, the creation of a new student-services building, and a new public space on the site of the Adelphi roundabout.

The university said it was currently selecting an architect for the innovation centre, and hoped to start work on the development in January next year, pending planning permission. No construction contractor has been picked.

Vice-chancellor Gerry Kelleher said the next 10 years would see investment ”in the region of £200 million” to create a world-class campus environment that blended new facilities with the creation of public green spaces to draw in people from across the city.

“The project is also hoped to spark a major focus on regeneration and business investment in the university quarter with wider benefits for Preston and beyond,” he said.

“Developing a skilled workforce which meets local, national and international needs is central to our development plans.”

In addition to the innovation centre and proposed “Adelphi Square” gateway, the masterplan also proposes regenerating the Corporation Street and Friargate areas, converting the Maudland Bank canal basin into a public walkway and cycle route, relocating car parking, and delivering an extensive programme of landscaping work.