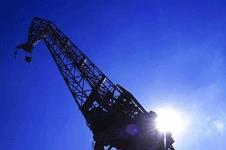 1,000 creditors, owed £23m, are unlikely to get anything if failed contractor’s plant is not found

The news emerged this week, as the full extent of the Harrow-based firm’s debts was laid bare in a report by administrator Vantis. If the assets, which include tower cranes and other plant equipment, are not found, a thousand creditors will be left of pocket.

Nick O’Reilly, an administrator at Vantis, said: “There is an implication that some of the missing equipment has been removed deliberately, possibly by individuals connected to the firm.”

If the missing plant is not found, Vantis said it would consider “further action” against unnamed individuals within Lancsville.

Lancsville, which had a turnover of £139m in 2009, was put into administration in December following concerns about the firm taking on jobs that were too big for it.

A total of 990 creditors, including investor Agilo and its banks, are owed £23.3m. Agilo will receive an undisclosed portion of its £8.5m back, but Vantis said it was unlikely the banks or suppliers would get anything.