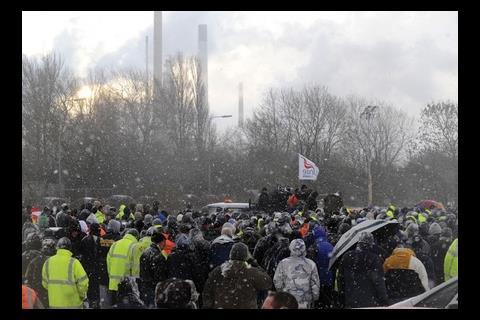 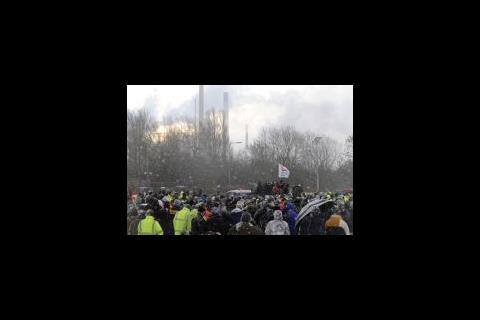 Foreign workers at one of the power station sites at the centre of this week’s wildcat strikes were not initially covered by a deal guaranteeing them UK minimum pay and conditions, unions have alleged in documents seen by Building.

In an escalation of the row over foreign labour, an internal report has emerged, compiled last November by union Unite about the Staythorpe project in Nottinghamshire. It alleges that Spanish subcontractor FMM, employed on the scheme by energy company Alstom, was not a member of the Engineering Construction Industry Association (ECIA) when work began. The union claims this would mean the pay and conditions it offered did not have to meet minimum UK standards.

Membership of the ECIA is a prerequisite for sites covered by the National Agreement for the Engineering Construction Industry (NAECI), which includes the Staythorpe site.

Although FMM joined the ECIA in October last year, the union says work started on site before this.

But an Alstom spokesperson said: “FMM became a member of the ECIA on 13 October and no hourly paid (NAECI) employees were on the site prior to this.

“The rates of pay of workers are done in accordance with NAECI.”

The Unite report, compiled after meetings with Alstom and its subcontractors, also says subcontractors admitted salaries were paid directly into Spanish bank accounts, which it says raises concerns about tax avoidance.

The Alstom spokesperson said that FMM’s tax adviser was “currently establishing the liability of employees for UK income tax”.

The allegation that FMM’s foreign workers may have initially been undercutting the local workforce could further fuel the anger that led to protests on 21 sites this week.

The documents say Montpresa, another Spanish firm contracted by Alstom at Staythorpe, said it “would not be considering using any local labour and that it wanted only Spanish-speaking operatives”. This was despite Unite saying local labour was available with the required skills. The report also alleges that FMM said it would not use local labour.

Lawyers said if the claims were proved, both firms could be in breach of the 1976 Race Relations Act, which bans employing people based on race or nationality.

Alex Lock, partner of the employment group at law firm Beachcroft, said: “They might have their own reasons for employing Spanish-speaking people but it does raise questions about where, when and why.”

The Alstom spokesperson said: “We have never and will never tolerate or instruct any of the subcontractors to discriminate against any nationality. We always have and continue to operate within EU and UK law.”

If extra labour is needed, Alstom said it is encouraging all of its subcontractors to consider the local workforce.

The biggest sites affected were at:

Bob Blackman, national secretary, Unite:
“This is a dispute about UK workers being excluded from British sites, and that’s what the government needs to focus on – not migrant labourers working in Britain.”

Edward Goodwyn, partner, law firm Pinsent Masons:
“If I were an employer, I would be looking at the minutiae of exactly what the unions are saying. They are walking a tightrope, saying they sympathise with the workers on strike, without actually authorising them. I bet firms such as Total will be thinking very carefully about all this.”