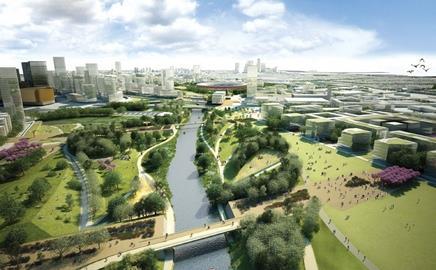 Money made through the Olympic park’s use after 2012 will help subsidise the running costs of the stadium, Olympic bosses admitted this week

Tom Russell, group director of Olympic legacy at the London Development Agency, said: “As a stand-alone venue it would require public subsidy, but in the context of the park you can see a viable business plan.” The news came as ministers and London mayor Boris Johnson launched plans for 10,000 homes and 10,000 jobs on the Olympic park after the Games. Plans to turn the stadium into a school, revealed last week in Building, were confirmed.