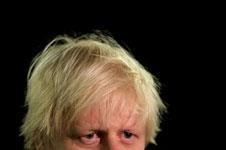 The London mayor made disparaging remarks about the designs for the 2012 Olympic stadium during a trip to Korea.

Speaking at a climate change summit in Seoul, Boris Johnson told reporters he was “unconvinced” by the £500m scheme, in which a third of the seats will be uncovered.

He said: "I have yet to see a very convincing explanation of what happens if it rains very heavily on the night of the opening ceremony" and added there were “discussions” on the issue.

But the Greater London Authority subsequently played down his remarks, saying the mayor was not implying the roof design should change but that solutions such as raincoats for spectators needed to be considered.