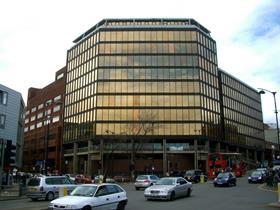 Lendlease has been lined up by Haringey council to build 5,000 homes and redevelop more than 20 sites across the north London borough.

Lendlease has been named preferred development partner, with the decision set to be confirmed by a council cabinet meeting next week.

The firm saw off competition from a pairing between Morgan Sindall and housing association Affinity Sutton and a third team comprising housing groups Circle Pinnacle, Catalyst and US finance firm Starwood Capital. All three were shortlisted last summer.

A number of sites are set to be redeveloped including the council’s main nine-storey office (pictured) as well as Wood Green’s civic centre and library – which will be moved elsewhere in the borough.

Other sites up for grabs include the Northumberland Park regeneration area in Tottenham and the former Cranwood House care home in Muswell Hill.

A longlist of six teams was shortlisted in March last year and teams to miss out include Galliford Try and Urban & Civic.