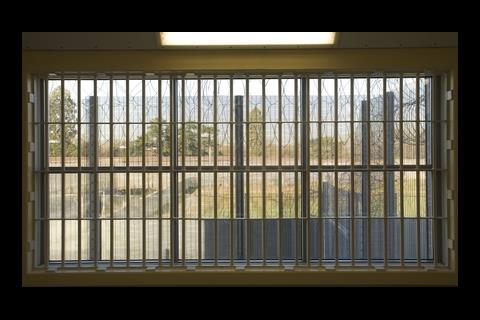 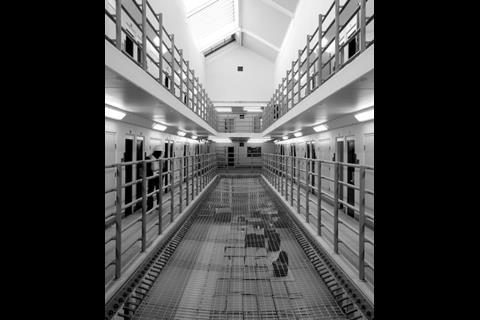 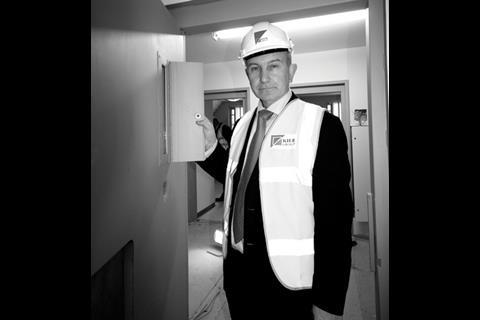 Few things are more certain to cause public and political panic than the idea that our prisons are full. Trouble is, they are. So the Ministry of Justice is set on building another 20,000 places by 2014, which is great news for contractors that can work at lightning speed. Here, Roxane McMeeken meets the man overseeing the programme and on page 58, we look at how Kier is doubling the capacity of a prison in Surrey

A large question mark is hovering over the prisons building programme right now. The unresolved issues include whether super-sized “Titan” prisons are built and even whether we have the right procurement system.

Lord Carter of Coles said in his prisons report in December that the building programme needs to be more ambitious (see box below). The chief inspector of prisons Anne Owers attacked the programme as “insubstantial and expensive” in her annual report in January.

The government is mulling these issues, aided by EC Harris, which has been asked to conduct a review of prison construction.

But inside the criminal justice system, there is no time to wait for the next government pronouncement. In February the prison service was again forced to declare “house full” (it did the same last June). Prison governors were told to move as many inmates as possible to open jails and dozens of prisoners were packed into court cells. Carter estimates that the prisoner population will rise from 81,000 to 96,000 by 2014. This means at least 15,000 extra prison places are needed in six years. As a result, the building programme is on an emergency footing.

The man overseeing it is Paul Swinburn, head of custodial property at the Ministry of Justice. He says: “We simply need to build accommodation as fast as we can. We are trying to build 20,000 places by 2014, whether they are in Titans or small extensions, publicly or privately funded.”

In 2006 the government gave him £1.6bn to spend on the building programme until 2014. This has just been upped to £2.3bn although for now Swinburn is still working on the basis of £1.6bn.

Exactly how the extra money will be spent is still being thrashed out in the offices of Whitehall and its consultants. For instance, if the three 2,500-prisoner Titans being mooted go ahead, two are being considered for construction and operation under the PFI. Other models of private sector involvement are being considered as well.

In the meantime, Swinburn is building as many places as fast as possible with the resources and procurement structures at hand. “Prisons are always a political issue,” he says. “They’re either too comfortable or not comfortable enough. Right now, I don’t know enough about Titan prisons to comment.”

The nerve centre of the prison building programme is his windowless office deep inside a brown office block called Abell House behind Millbank. The walls are plastered with aerial photographs of prison extensions on site now, drawings for new prisons and a giant white board with the names and locations of hundreds of prison projects scrawled in purple ink.

Swinburn is overseeing 67 sites – all of them different types of projects and all proceeding at a breakneck pace. Extension schemes range from small modular blocks of 60 cells to fast-track house blocks of 120. Of these, 70% comprise cells that are being built off site and Swinburn wants to increase this to 90% within two years. Cells come flat-packed and panels are dropped into a concrete base by crane, meaning that a block begins to take shape in hours.

There are also large extensions of 300-400 places under way, adding so many prisoners that they have to be accompanied by kitchens, classrooms, visitor centres, gyms and multi-faith centres.

Two new-builds prisons, both PFIs, are also proceeding at full tilt, such as the one at Rochester, where Wates is putting up an entire 300-place facility in 12 months.

Does the whole building programme need shaking up? There are currently eight contractors on the framework, as well as QSs, project managers, architects, civil engineers and M&E engineers. They were appointed in 2006 for five years with an option to extend five more. Swinburn also has 100 in-house programme managers.

Swinburn says specialist contractors are needed, especially experts in modular construction, but he denies that the framework itself has to change to build faster. What he can’t afford to do is waste time with those who are not up to the job. “We don’t want firms who say they can do things and then turn out not to have the resources,” he says.

All in all it seems there could be new openings here for contractors and consultants. But working in this sector is highly pressurised. “We need our buildings delivered on time,” Swinburn says. “I know everyone wants that but for us it’s more pressing than ever owing to the politics.” He says that when a prison is being set up, they recruit all the guards, nurses, psychologists, teachers and so on, and if the facility isn’t ready on time they’ve still got a big payroll to service.

Swinburn also demands that the firms on the framework collaborate and innovate. “They were initially a bit cautious about this but it’s really happening now.” Initiatives have included clubbing together to bulk buy. “All our contractors will buy 8,000 windows instead of just one buying 1,000.” He says this bulk buying might be extended to procuring services from specialist suppliers and contractors.

Planning permission can be tricky. Who wants a prison in their backyard? This can add 13-16 weeks to the programme, a delay he needs to avoid. That’s why he wants to build a lot of extensions that are small enough to go ahead without bothering the planners. “We can build up to 240 cells in a two or three storey block without full planning permission. We’re now building 1,500 places without permission,” he says.

If Swinburn does need planning permission, he makes sure the application is put together meticulously, as it’s imperative that it goes through first time. “Generally we get through first time. We look at absolutely everything, from road safety to social and environmental factors.”

He puts a lot into the public consultation, and expects the project team to be fully involved. “We tell people about the opportunities that a prison provides, such as jobs and the use of amenities such as the prison gym. We reassure them about security and we offer to do landscaping around the prison to soften its impact.”

Swinburn insists that despite the pace of the building programme, new prison facilities have never been of higher quality. He reckons that the modular cells are actually better quality than those built on site. The pressure is also fuelling innovation. “Technically it’s very exciting. We have developed four new accommodation types in the past year.”

So whether Titans go ahead, and whether under PFI or otherwise, it’s clear that this fast-paced sector is undergoing constant change, so watch this space.

Prisons: the scale of the challenge

What the Carter report said

Three large-scale “Titan” prisons, each housing 2,500 offenders, should be built by 2014. Compared with smaller projects, this would provide better value for money and shorter construction time per prison place created.

On top of the existing building programme, a further 6,500 places must be built by 2012.

The new prisons should be built in places where space is in shortest supply: London, the West Midlands and the North-west.

“When we set up the framework, we chose PPC2000 because we felt it fostered the type of collaborative partnering we want. But there are some issues with the contract. A few more sanctions would be helpful. So we are adding revisions that will give us more right to claim damages if the programme is late. To be blunt, we are under so much pressure to provide prison spaces that we just can’t afford delays.

Who’s on the prisons framework?

Titan prisons are not a new idea

In 1785 English philosopher Jeremy Bentham designed the Panopticon. The word means something like “everybody under observation”, and the aim was to maximise the number of inmates that could be watched by a single guard. Essentially it was a money-saving measure.

The idea was that hundreds of cells were arranged around a central tower, from where a single guard could survey prisoners without being seen. Each cell has a window to the outside and one facing the central tower. So prisoners are backlit, making them easier for the guard to see, but the flow of light blinds them from being able to see inside towards the tower, so they can’t tell whether the guard is watching them at any time.

It was never built in Bentham’s time but has influenced designs of prisons such as Cuba’s creepy Presido Modelo, where Fidel Castro was held from 1953 to 1955. Built in 1926-31 to house 6,000 inmates, the prison is now a museum.