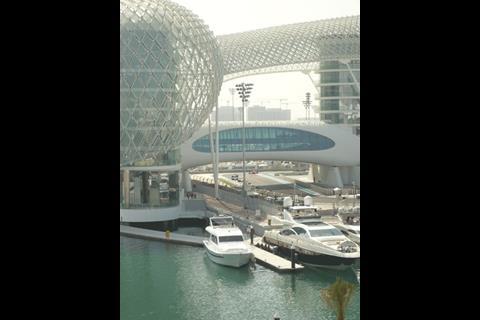 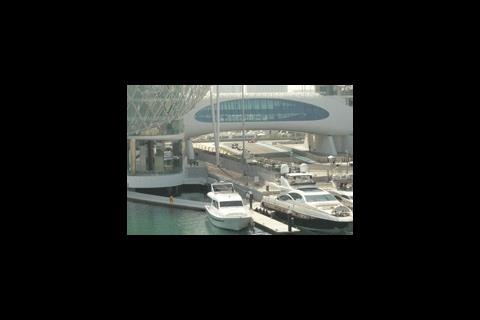 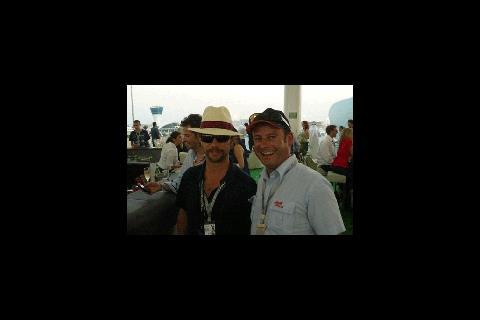 As the sun began setting on what had been a still, quiet Friday evening in Abu Dhabi so the hot dry air of the desert suddenly exploded to the deafening roar of a Formula One racing car.

This was the start of practice for the inaugural Abu Dhabi Grand Prix at the newly built Yas Marina circuit and the noise that was erupting from the cars as they fired up their 800 horse power engines was not just deafening, it was ear splitting.

In fact so loud was the noise that I am actually shouting to myself in my head as I am writing this blog.

At the end of the weekend not only were my ears still ringing from the sound these cars make but my throat is sore and my voice hoarse from all the shouting I have been doing to friends and colleagues just to make myself heard above the din.

Neither I nor Abu Dhabi had ever experienced anything like it and I for one had never imagined it would be like this when my firm Confluence were appointed as project managers on the Yas Hotel development on Yas Island back in 2007.

The hotel was to form the spectacular centrepiece of the grand prix circuit with its iconic two tower, glazed cloak covered 5-star hotel of 499 bedrooms constructed over and around the new race track with outlooks over the newly created marina.

When I stand back now and admire, not only the work on our project but also the whole grand prix circuit and adjoining theme park I am amazed, although not surprised, how quickly it has all come together.

I say not surprised because this is after all Abu Dhabi and when the Emirate commits to doing something, it does it in double quick time and with no expense spared.

Of course in some ways the Emirate had little choice because when it agreed to stage the final round of the 2009 Formula One season there was probably less than two years to complete the project.

Having been involved on the project from day one, this fast-track nature of the design and construction of the hotel is in itself the most striking aspect of the development.

To meet the deadlines set by Bernie Ecclestone the project involved commencing construction on the Yas Hotel whilst the detailed design was being progressively finalised.

This meant we had to be in constant touch with not only the client, Aldar Properties PJSC, but also other key stakeholders such as the hotel operator, external infrastructure contractors and the local authorities in order to streamline operations as quickly as possible and help resolve the numerous challenges that beset an ambitious project of this magnitude and complexity.

The result of all our hard work and the vision of the Emirate are now there for all to see and I think everyone will agree it was a spectacular finish to the race calendar.

Although the race itself was fairly uneventful, for me, I was finally able to relax and enjoy the weekend whilst mingling with the occasional celebrity friend...

Rowan Dickson is Confluence area manager in Abu Dhabi. Confluence was the project managers on the Yas Island development, which staged the Abu Dhabi F1 GP.
Search for the latest QS and project management careers worldwide at Building's specialist job site.
Are you working somewhere exciting? Send a postcards to nargess.shahmanesh@ubm.com.