London borough to make culture a key part of planning 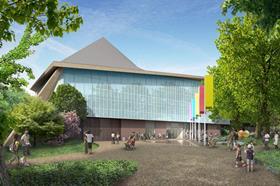 Kensingston and Chelsea council in west London is aiming to become one of the first councils across the country to put culture and the creative industries at the heart of its planning system in a bid to boost its local economy.

The London borough has published a set of proposals that would see undertake a borough-wide approach to ‘cultural ‘placemaking and to integrate culture into the borough’s economic development through planning.

The council’s new ‘cultural placemaking’ proposals, developed in partnership with Futurecity and BOP Consulting, aim to build on the council’s existing Arts and Culture Policy in a bid to foster a more sustainable creative economy.

Nicholas Paget-Brown, deputy leader of the council and cabinet member for transportation, environment and leisure, said: “The borough’s economic future and the vibrancy of our neighbourhoods are closely linked to the success of our creative industries, tourism and the cultural sector.

“The council’s role here is one of a catalyst - bringing developers together with creative organisations and residents to explore what is possible and provide direction. We are not prescribing certain solutions, we want developers to take inspiration from the cultural placemaking approach and come up with bold ideas for their sites.

“We particularly feel our major strategic development sites are ripe for this form of approach and have already started to explore the options in our proposals.”

Mark Davy, founder and director of cultural agency Futurecity said: “Our ten-year experience shows that by integrating arts, culture and the creative industries at the start of any new development provides solid, positive, social and economic returns.

“It involves the local population, builds stronger neighbourhoods and creates places where people want to live, work, shop and relax. This in turn has economic benefits for businesses operating in the area through increased occupation rates, footfall and dwell time.”

The proposals call on developers seeking to work in the council to: