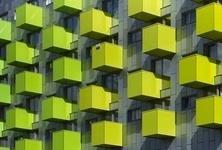 There is a looming shortage of new housing in London, according to property agent Savills.

Its latest study found only 916 units were empty and available in the capital in the first quarter of this year, dismissing recent reports the figure was as high as 10,000.

It said: “Tales of our cities being full of vast tracts of empty, newly built apartments for sale are misleading and commentators who think that an oversupply of new housing will depress the market and keep prices falling across the board are wrong.”

This leaves 916 units that Savills describes as “habitable and on completed schemes and can therefore be described as standing empty and available.”

Yolande Barnes, head of Savills Research, said: “A very conservative estimate is that, in the context of 2008 rates of new build sales, this represents a mere two months’ supply.”

She added: “When put into context of the number of units that people buy in London in a year, (the figures) point to a looming shortage rather than a looming glut of properties in many boroughs - although there are notable exceptions where a potential oversupply is an issue.”