Rogers Stirk Harbour + Partners (RSHP) could be set to move into the Middle East for the first time as part of ongoing international expansion, according to the architectural practice’s chairman, Lord Richard Rogers.

Rogers said: “We are looking at the Middle East now and there might be a move to win work there. I think the time has come now.” He added that the firm’s high profile name and reputation would help it enter the market for the first time.

The potential move is part of a wider expansion plan overseas that the practice has been rolling out over the last four years to counterbalance a slump in the London market. The firm’s most recent results for the year ending June 2010 revealed a 31% drop in turnover to £17m but financials had been buoyed by the decision to bid for work in the Far East, Australia and South America.

Rogers added that the ‘death of tall buildings debate’ was one he had long since tired of and that claims that the Shard will be the last iconic skyscraper of its kind in London were “ridiculous” and that it makes sense to build up rather than out with limited space for development. 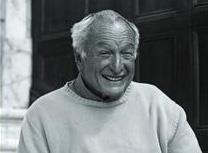 Look out for our full exclusive interview with Lord Rogers in the magazine and online this Friday, when he talks to Building on life, fame and family.