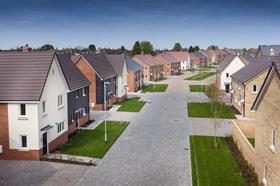 Morgan Sindall subsidiary Lovell has been awarded a contract worth around £250m by the Ministry of Defence to build more than 900 new homes on Salisbury Plain for troops returning home from bases in Germany.

The work is being carried out under the Army Basing Programme which follows the government’s strategic defence review seven years ago.

Under the initiative, more than 100 units will be relocated, disbanded or reconfigured and moved to a handful of bases around the UK including Salisbury Plain, Catterick, Aldershot and Colchester.

It will see all units based in Germany, including those bases at Hohne and Munster, brought back by 2020 in a move which is expected to save defence chiefs £240m a year.

Lovell will build homes at three sites in Bulford, Larkhill and Ludgershall with the homes set to be completed in May 2020. An extra 4,000 military personnel and their families are expected move into the Salisbury Plain area under the Army Basing Programme.

Around 700 workers will be on site during the scheme’s peak with work beginning early next year once new roads and infrastrure has gone in.

Another site earmarked as a major area for relocating army personnel is Stafford and two years ago Lovell completed nearly 350 homes (pictured) for the army in the area.