Firm is already carrying carried out work on a neighbouring plot

Mace has been confirmed as the main contractor for a job to turn part of the former athletes’ village for the 2012 Olympic Games in east London into more than 500 build-to-rent homes.

Last month Building revealed the contractor, who is already working on N08 at East Village for developer Get Living, has been handed the contract to deliver a second project at the site N06.

Developer Get Living is a joint venture between developers Delancey, Qatari Diar, APG and Oxford Properties.

At N08 Mace has been using its “Jump Factory” which saw the firm build a 36-storey tower and a second 26-storey tower in 18 weeks using a factory style method which created an indoor construction site to speed up work and reduce safety risks.

Others working on the scheme include project manager Cast, cost manager Arcadis and architect Hawkins Brown.

Mace, who recently won the contract ot build the £200m first building at UCL’s new Stratford campus in Stratford, is also acting as project manager for the East Bank development, which will see the BBC, V&A, Sadler’s Wells Theatre and the London College of Fashion take up residence in Stratford. 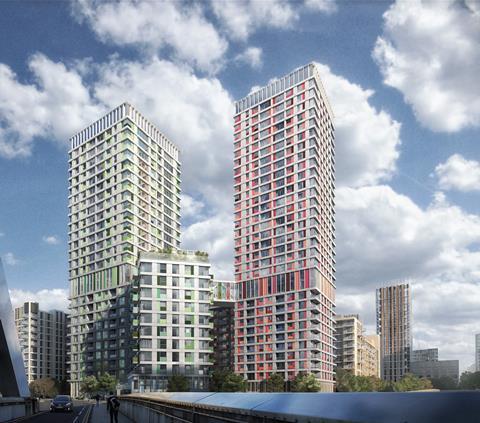