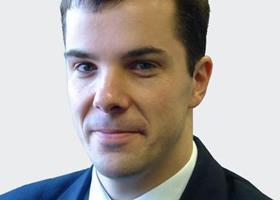 Andrew Kinsey, sustainability director at the contractor, beat out 35 nominees to take the award.

The award organised by the UK Green Building Council and PRP Architects in memory of Mel Starrs, who passed away in July last year. Starrs, a associate director at PRP, regularly wrote for Building as well as running her own popular sustainability blog.

Presenting the award, Mark Fretwell, Starr’s partner, said Kinsey had won because he was “successful in influencing” the use of sustainably-sourced timber across the Olympic Park through his work on the Athlete’s Village in his previous role at contractor Lend Lease.

Kinsey said he had been surprised to win from such a strong selection of entries.

He said: “I’m feeling a bit emotional because I knew Mel very well. I showed her around the village and interacted with her on her blog.”

He added he was continuing to work to increase the use of sustainably sourced timber on Mace projects, including its office tower at 240 Blackfriars in Southwark, London.

Sofie Pelsmaker, co-founder of Architects for Change, was highly commended by the judges.