Manchester's planners give go-ahead to quartet of towers 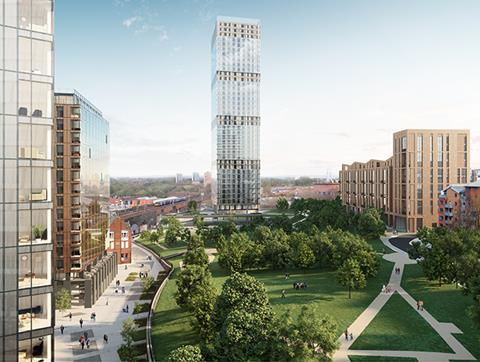 Designed by 5plus Architects, the scheme at Angel Meadow will comprise four buildings rising up to 41-storeys tall and housing 756 new homes bordering one of the city’s largest green spaces Angel Meadow Park.

The scheme is part of the city’s 20-acre NOMA neighbourhood next to the revamped Victoria station being delivered by the Co-op and Hermes Investment Management.

Construction is expected to start early next year on the first phase, which includes 286 homes, a gym and ground-floor commercial space, which will see a 22-storey and 17-storey tower go up. The fourth building will rise up to 12 storeys and include 131 apartments.

Later phases will include the 41-storey tower housing 333 new homes with some featuring winter gardens. The skyscraper will also have an elevated deck above the ground floor which will link the park with the new podium via a new series of stepped terraces with and retail and leisure space on the ground floor. Landscape architecture is by Planit-IE. 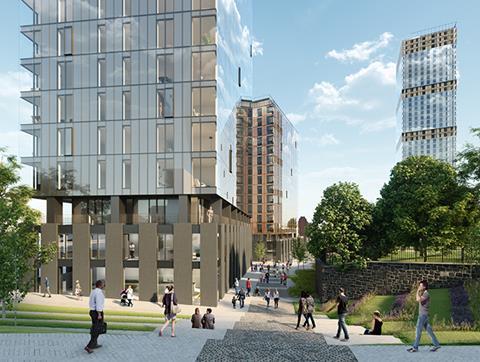