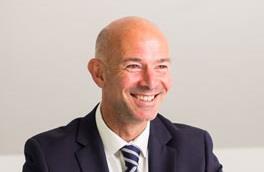 Incoming Crest Nicholson chief executive Peter Truscott will be tasked with growing margins at the business after the housebuilder said they fell to below 15% in the first half.

Former Galliford Try boss Truscott (pictured) joins in September and will take over from Patrick Bergin, who was in the post for just 12 months when he left in March. The firm’s chairman of major projects and strategic partnerships, Chris Tinker, has been leading the business on an interim basis since.

In its half year results, Crest said its operating margin fell to 14.1% in the six months to 30 April, down from 16.8% in the same period last year.

The firm said stagnant house prices and increased build costs had helped squeeze margins although it added they had been hit by reducing its forward sales risk.