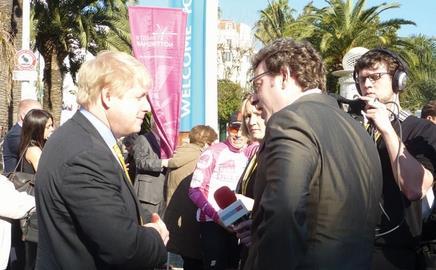 Announced by London mayor Boris Johnson on Tuesday, the deal follows a year of talks between the Treasury, London agencies and the new Olympic Park Legacy Company (OPLC) over the ownership of the land.

The deal, thought to be worth £430m, will see the land passed from the London Development Agency (LDA) to the OPLC without debt, allowing the body, run by former English Partnerships chair Margaret Ford, to sell the land for development over time.

The terms of the contract, not known as Building went to press, are thought to be that 50% of the returns from future land sales will go to the Treasury, with 50% being kept in London. Johnson said: “This is wonderful news. Securing a strong, independent legacy company means developers will have one place to go to build out the Olympic park.” Johnson also said the LDA would sell off land to developers over the next five years.

The announcement followed growing scepticism that an agreement would be reached before the election, with the LDA extending interim arrangements and budgeting in January.

The positive news contrasted with the general mood at Mipim, mainly characterised by concern about funding projects over the next year, particularly those with a public sector input. Compared with last year, when most development work was officially on hold, many delegates were looking for ways to get schemes off the ground, often stressing the benefits to overseas companies of investing in the UK.

The organisers claimed the number of attendees, 18,000, was the same as last year. However, anecdotal evidence suggested the number from the UK was down again, especially from public bodies, such as the Homes and Communities Agency, which cancelled its traditional Thursday party and reduced its presence because of sensitivity over the use of public funds.

Architect Hamiltons, designer of the Strata Tower in Southwark, launched its new name, BFLS at Mipim this week.