Paul Lester to take over from John White in January 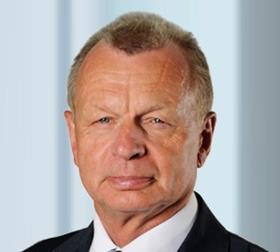 He will join the board on 3 January and will succeed John White as chairman, who has held the position at the retirement housebuilder since September 2013.

He was also chairman of the John Laing Infrastructure Fund until this September and currently holds the same position at heavy building materials supplier Forterra and plastic and fibre products supplier Essentra.

Speaking about John White, a former chief exceutive and chairman of Persimmon, Clive Fenton, chief executive of McCarthy & Stone, said: “John played an integral role in overseeing the company’s restructuring and its return to the public market and leaves with the business in a very strong position, both operationally and financially.”

It is also the second major non-executive appointment in recent months following that of Travis Perkins chief executive John Carter in September.

The firm will announce its full year financial results for the period ending 31 August on 14 November.