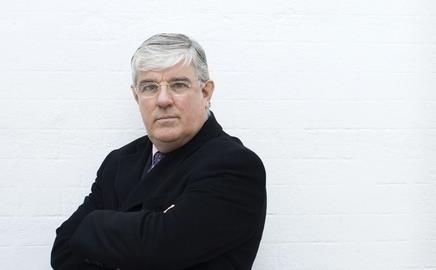 As the £554m takeover of Alfred McAlpine is finalised and its top management tier resigns, Carillion’s boss tells Building what happens now

John McDonough, chief executive of Carillion, confirmed that most of the senior team at Alfred McAlpine would leave, after the £554m takeover was sealed on Tuesday.

Those departing include all four of the top management: Ian Grice, the chief executive; Mark Greenwood, the finance director; Matt Swan, the managing director; and Chris Lea, the company secretary.

Despite repeated assurances that Carillion had bought McAlpine for its people, McDonough, said: “Fallout is inevitable, but we’re talking about handfuls of people at a senior level. Most people in middle management and workers will be unaffected.”

McDonough is anxious to avoid some of the problems that arose after Carillion’s £313m acquisition of Mowlem in 2006, when 300 people left and problem contracts forced a £90m write-down.

McDonough said the number of redundancies had not been finalised but would be “relatively few – not hundreds and hundreds”. He confirmed that there would be a “rationalisation of offices” in the enlarged group, though details of closures were still under discussion.

McDonough said Carillion had more than 700 vacancies, and would seek to address this “barrier to growth” by retaining as many McAlpine staff as possible. He added that he and his senior team planned to visit every McAlpine office and project in the UK to discuss opportunities with workers.

McDonough emphasised that much of the six months of talks before the McAlpine takeover had been taken up with due diligence to avoid another post-merger write-down.

He said: “Although I’d still look back at the Mowlem deal and say it was a fantastic acquisition, there were, during the due diligence process, cock-ups with two major projects [the Dublin Port Tunnel and £95m Exeter Schools PFI].

“Is there the likelihood of the same with McAlpine? I think the answer is no. This time around there has been a due diligence process of six weeks, with a lot of people going through the books.”

He added: “McAlpine has done a very good job over the past few years of managing its risk well. We don’t have a £4bn tunnel going through Dublin with a Japanese tunneller and a Spanish M&E provider.

“Obviously there is some risk, as its construction, but I would say there’s nothing at a project level that could materially affect the enlarged group, which was the case with Mowlem.”

Fallout is inevitable, but we’re talking about handfuls of senior people. Most will be unaffected

Once the integration of McAlpine is under way, McDonough will be in charge of a £5.3bn turnover contractor, the second biggest in the UK after Balfour Beatty.

He said his next steps would be to expand its services business 10% a year, double its turnover in the Middle East to £600m within three years and develop its Canadian construction business through acquisition.

He said that, although this was unlikely to involve another big takeover, “tomorrow is another day”.

He added that he was keen to make bolt-on acquisitions.

One part of the business where McDonough is hoping to strengthen staff numbers is in Dubai.

He plans to double turnover in the Middle East over the next three years but to do that he needs to increase his number of experienced project managers dramatically.

About 30 project directors moved to the region last year and he is hoping for a similar number this year.

McDonough said that although the precise structure of the post-acquisition group had yet to be finalised, McAlpine's operations would be placed within Carillion’s four business streams of business services, building, infrastructure and international work.

This structure was put in place just before Christmas to support the company's growth.

Carillion is now a £5.3bn turnover construction giant. About £2.6bn of that turnover is taken up with support services and £2.5bn with construction. The most important of these is support services, which accounts for 70% of profit. Unsurprisingly, this is the business that McDonough want to grow by 10% a year. The new group has a £277m investment in public-private partnerships, a £20bn order book and a new interest in utilities services.

The acquisition is almost certain to spell the end of the Alfred McAlpine brand. McDonough said that use of the name was still under review, and there may be parts of the business which would retain it, but he made it clear that Carillion would be the dominant brand and that a process of rebranding would be rolled out on McAlpine sites.

For the full story on the takeover search www.building.co.uk/archive