McLaren has been appointed to complete the £60m second phase of work on a scheme to revamp a 30-year-old shopping centre in Peterborough.

The firm, which recently missed out on the chance to build the Commonwealth Games stadium in Birmingham to McLaughlin & Harvey, is due to complete the work at the Queensgate shopping centre by autumn next year.

The centre is owned by Invesco Real Estate and managed by Lendlease.

Designed by Benoy Architects, the work will include a bridge linking to a 10-screen cinema next to a John Lewis store which was given a £21m makeover last year by Stevenage contractor Conamar.

The second phase will also include restaurants and shops. Cost consultant is Gardiner & Theobald.

The 77,000 sq ft extension will replace part of the Queensgate bus station. The shopping centre first opened in 1982 and was given a £7.5m refurbishment three years ago by Graham. 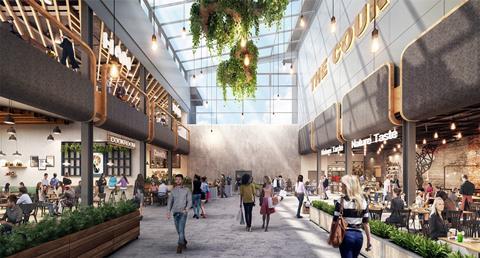 How the extension will look when completed