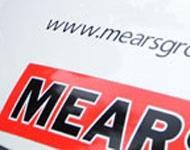 Social housing repair and maintenance contractor Mears Group has issued an upbeat trading statement ahead of its full year results on 11 March.

It pointed to a record order book of £1.4bn and contract wins totalling £500m since its 2006 results.

Altium Securities analyst Ed Wright said: “Particularly encouraging is the order intake of £500m across the company, which has pushed the order book up to £1.4bn from £1.24bn at the half year stage. This gives 97% revenue visibility for 2008 and 77% for 2009 and the bidding pipeline remains healthy.”

Mears plans to extend its presence in the domiciliary care sector and Altium expects more acquisitions on top of the nine it has made in the sector since April 2007.