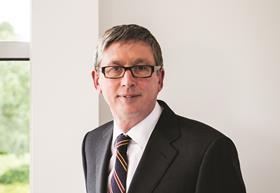 Miller sold its construction business to Galliford Try in an £16.6m deal last week, with Galliford making it clear that Webster, who has led the business since 2010, would not be transferring as part of the deal.

This morning a spokesman for Miller said: “We can confirm that Chris Webster has left the Miller Group.”

He declined to say why Webster, who has overseen turnover growth of a third since joining the firm from Amey, had left Miller, although the sale of the construction business clearly leaves him without an immediate role at the group.

Miller Construction reported a loss of £4.6 in its 2013 accounts, which it put down to losses on a limited number of contracts, on turnover of £409m, up by 57.6% on the year before.

Webster is also a director of the Greater Birmingham and Solihull Local Enterprise Partnership.