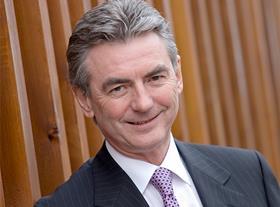 Housing and property group Miller Group has posted a three-fold increase in pre-tax profit for 2014, despite charging £12.6m for the “estimated future cost” of long-term incentive plans for its directors and senior executives.

The group benefitted from a net gain of £8.8m on the sale of its construction arm, Miller Construction, to Galliford Try last July, representing a £15m gain on the £16.6m sale of the business offset by £6.2m of operating losses in the seven months of trading prior to the sale.

The group was boosted by strong performance in its housebuilding business Miller Homes, which now accounts for the lion’s share of its profit and revenue. Miller Homes’ profit before interest more than doubled to £47.9m in 2014, up from £22.8m, while its revenue grew to £391.9m, up from £330m.

Miller Homes said it made a strong start to 2015, with private reservations to date up 18% on last year, and the division was “well positioned” to improve margins and take advantage of “continued economic growth alongside the combined effects of help to buy, mortgate market review, stamp dute reforms and a disciplined land market”.

The Miller Group’s £12.6m charge in 2014 for the estimated future cost of long-term incentive plans for its directors and senior executives compared to a zero charge for this in 2013, Miller Group said.

A Miller Group spokesperson said the firm “has a number of long term incentive schemes in place which reward senior employees and directors for performance over a period of greater than one year” and the potential pay-outs depended on “a number of factors, including the value of the group”.

Miller Group also incurred £5.5m of restructuring costs over the period, which included the undisclosed cost of the proposed float on the London stock exchange of Miller Homes. However, the firm chalked up a £4m exceptional gain through land and property write-backs.

Keith Miller (pictured), chief executive of Miller Group until March 2015, when he stepped down, said: “Miller Homes delivered a strong performance in 2014 benefiting particularly from continued improvements in the housing market. The business achieved significant growth in operating margins and return on capital driven by higher volumes and the increased contribution from newly acquired sites.

“Miller Homes also made an encouraging start to 2015. Private reservations to date are 18% higher than the prior year. Land supply and housing demand across our regional markets remain healthy. We are focused on the delivery of increased margins and an enhanced return on capital. This is being achieved by a disciplined approach to land investment, growing volumes with limited additional overheads and increasing the conversion of strategic land. Our target is to deliver annual completions of 2,750-3,000 units in the medium term.

“In the rest of the Group, Miller Developments experienced strong occupier and investor demand on its key long-term developments whilst Miller Mining continued to deliver profits and positive cash flow in a difficult market.”