Miller dispute drags on amid downturn in housing market 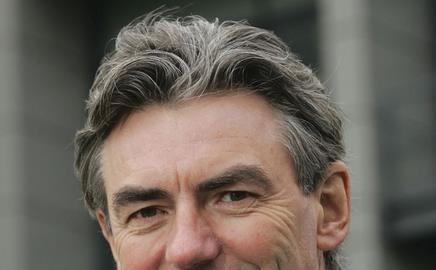 Keith Miller, the chief executive of Miller Group, has said uncertainty in the housing market is holding up attempts to solve its shareholder dispute.

Following a downbeat trading update this week, Miller (right) said the row with a group of rebel shareholders led by James Miller, his cousin, would be prolonged by the economic downturn.

He said: “The group’s timing was very poor. We are still in productive dialogue but the way the market is means it won’t be easy. The state of housing stocks has had an impact on value.”

Miller would not be drawn on how long he expected talks to last but said it would be a question of “months”. “It’s a sideshow, but an important sideshow and sadly there is no magic pill.”

The row broke out last November when the shareholder group, which holds a 60% stake in the company and calls itself the Aligned Shareholder Group (ASG), appointed consultant Ernst & Young to look at selling the group from under Keith Miller.

It’s a sideshow, but an important sideshow and there is no magic pill

In response to the latest announcement by Miller, ASG said it would not comment on operational matters.

In a trading update, ahead of the full results in March, Miller said profit would be “slightly behind last year”. The housing division fared worse than construction and he warned of a 29% drop in reservations in the second half of 2007 compared with an 18% drop over the year.

Miller said there was no sign of an early turnaround. “That level of fall is pretty serious but the problem is mirrored elsewhere. The fundamentals are still pretty strong, though, and there is good underlying demand for housing. Further interest rate cuts and the added release of land will help.”

In construction, the group expects turnover to hit £400m, compared with £340m in the previous financial year. Miller said the business was “in pretty good shape” and pointed to an order book of more than £600m.

For more on the Miller feud, go to www.building.co.uk/archive