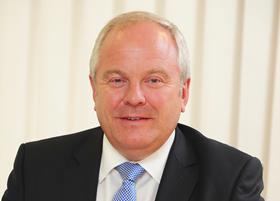 A potential floation of Miller Homes on the London stock exchange “remains an option”, after the firm shelved its floatation plans last October due to market volatility, Miller Homes chief executive Chris Endsor has said.

Endsor told Building a potential float of Miller Homes - the largest division of Miller Group - “remains an option open to us”, but was “not in our immediate plans”.

The comments came as bumper growth in Miller Homes helped the overall Miller Group post strong results for the 2014 calendar year, including a three-fold increase in pre-tax profit to £34.6m, up from £10.4m the previous year.

The strong profit increase came despite Miller Group making a £12.6m charge in the set of accounts for the “estimated future cost of long-term incentive plans for its directors and senior executives”.

Endsor told Building Miller Group had launched a “share based incentive scheme due to the good set of results” and rewards would be “aligned” with any shareholder gains.

Miller Group is run jointly by the chief executives and management teams of its three divisions - Miller Homes, Miller Developments and Miller Mining - after Keith Miller stepped down as group chief executive in March. Endsor hailed Miller’s “40 great years with the business”.

In 2014 the group benefitted from a net gain of £8.8m on the sale of its construction arm, Miller Construction, to Galliford Try last July, representing a £15m gain on the £16.6m sale of the business offset by £6.2m of operating losses in the seven months of trading prior to the sale.

The group was boosted by strong performance in its housebuilding business Miller Homes, which now accounts for the lion’s share of its profit and revenue. Miller Homes’ profit before interest more than doubled to £47.9m in 2014, up from £22.8m, while its revenue grew to £391.9m, up from £330m.

Endsor said it had been a “really strong year” for Miller Homes and the business already “has the land bank in place” to meet its annual completions expansion targets.

Miller Homes said it also made a strong start to 2015, with private reservations to date up 18% on last year, and the division was “well positioned” to improve margins and take advantage of “continued economic growth alongside the combined effects of help to buy, mortgate market review, stamp dute reforms and a disciplined land market”.