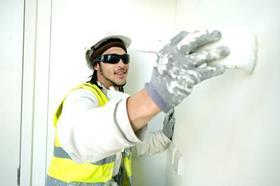 A senior government minister has urged construction companies to consider recruiting more ex-offenders as part of a drive to boost job creation and cut re-offending rates.

Speaking on the first anniversary of ‘Mind The Gap’, part of Lendlease’s not-for-profit ‘Be Onsite’ project which seeks to give ex-offenders a fresh start and full-time employment, Lord Chancellor and justice secretary David Gauke said employers often shied away from hiring former prisoners.

“They think the risks outweigh the potential gains, [so] the attitude displayed by Lendlease and Mitie towards ex-offenders and their dedication to recruiting the right people, no matter who they are, is a breath of fresh air,” he told industry representatives gathered to mark the anniversary at the House of Commons.

Lendlease’s ‘Be Onsite’ three-year programme secured a £1m contract from the Construction Industry Training Board 12 months ago. The project works with a number of firms and organisations to cut both skills gaps and re-offending of offenders and so far has helped nearly 30 ex-prisoners into work.

Gauke said that once an offender had completed his or her sentence they had paid their debt to society. “Essentially they have a clean slate to start afresh.

“Society must be willing to give ex-offenders the chance to prove they deserved such a new start,” the Lord Chancellor said.