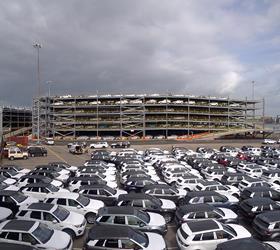 Associated British Ports (ABP) has handed another contract to Morgan Sindall as part of its £50m expansion of facilities to import and export cars at the port of Southampton.

The contractor will construct an eighth multi-storage deck facility on site as ABP splashes out a further £15m on expansion.

The new facility will be located between the National Oceanography Centre and the Itchen River within the Eastern Dock.

The contractor has completed five projects with a combined value of £43m for ABP since 2013.

Southampton’s port handles automotive exports worth £40bn a year, with almost a million vehicles passing through the port in 2017.

The latest facility is due to be completed in July next year.