Scheme to be built next door to city’s airport

Galliford Try’s Scottish arm has been chosen to build a £65m skills factory next door to Glasgow Airport.

The National Manufacturing Institute Scotland (pictured) is being developed by Strathclyde university and the local council. 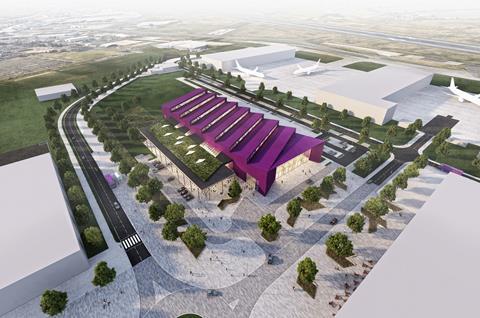 The main construction contract, which was awarded to Morrison Construction, is worth £42m according to a stock exchange announcement.

Renfrewshire council gave the plans, which have been drawn up by HLM Architects, the green light in March.

Located on Netherton Campus at the centre of the Advanced Manufacturing Innovation District Scotland in Renfrewshire, the scheme will include a skills academy, a fully digitalised factory of the future and hub for manufacturers.

The institute and the Medicines Manufacturing Innovation Centre, in which Strathclyde is lead research partner, will be the anchor institutions in the advanced manufacturing district.

Galliford Try is due to give a trading update next month.