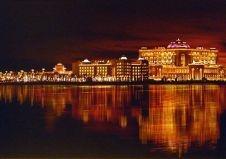 Mouchel is in “advanced negotiations” to sell its loss-making Middle East division, it said today, after reporting a six month pre-tax loss of £3.5m for the company.

The firm, which maintained it had performed well overall, said its withdrawal from the Dubai market and subsequent focus on Abu Dhabi had “not yielded the anticipated improvement in performance” with fewer opportunities than expected. It said it was now in “advanced stage” talks with one preferred bidder for the business.

It wrote off £5m in restructuring costs and £10m bad debts for the region in the past six months. This is in addition to the £15m provision it made against unpaid bills last year.

Otherwise the company, which was subject to an extended takeover bid by the VT Group until its acquisition by Babcock, reported turnover falling 15% to £312.4m against the comparable period a year ago. The loss was sustained following overall exceptional items of £18.5m, and compares with a £16m profit in the 2009 half-year results.

Richard Cuthbert, chief executive, said the firm had made good progress in addressing the priorities it set itself to restore the group's momentum. “However,” he added, “trading in the Middle East has again been difficult - we have therefore taken action to reduce our risk and negotiations are now at an advanced stage to dispose of our business in the region. In our core UK businesses, we are not short of opportunities and with the increased certainty that will follow the general election, we remain increasingly optimistic about the group's longer-term prospects.”