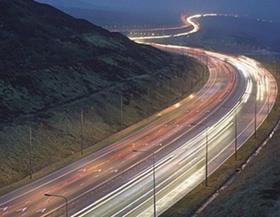 MPs have said stronger regulation of the Highways Agency will be necessary if it is to be spun out into a government-owned company.

Last July, the government published plans to turn the Highways Agency into an autonomous government-owned company (GoCo). It said that giving the agency greater autonomy would isolate it from political decision making and make it more efficient.

But a report published today by the Transport Select Committee concluded the case for turning the Highway Agency into a GoCo was “not convincing”.

It said: “The benefits seem achievable through better management of the current agency and its relationship with the Department for Transport (DfT).”

It added that the regulatory systems outlined in the government’s plans were “inadequate” for overseeing the Highway Agency as a GoCo and required the power of a “full regulatory authority”.

Louise Ellman, chair of the committee, said that she strongly supported the five-year funding plan for the agency that the government had proposed, but that there was no need to turn it into a government-owned company (GoCo).

She said: “The government has decided to make this change so we call for a far stronger system of regulatory oversight than is currently proposed.”

Ellman said the country’s strategic road network had “suffered from inconsistent funding and policy over the past twenty years” and that to meet future needs it would require “substantially” increased investment over the next decade.

She added: “[The next decade is] a period when we know that tax revenues from fuel duty are bound to decline as vehicles become more fuel efficient. Against that backdrop the committee is calling on all relevant stakeholders to build a new cross party consensus around how to raise the money required to modernise the UK’s road network.”

But Alasdair Reisner, chief executive of the Civil Engineering Contractors Association, said the  government’s proposals would give construction firms “good visibility of their forward work programme” allowing them to deliver the efficiencies the government was seeking.

He said: “These proposals will give suppliers the confidence to plan ahead, to invest in developing a workforce, and to drive better value through the ability to put in place long-term contracts.

“It is vital that the confidence the industry has gained to date is not lost through any further delay in the implementation of these reforms.”