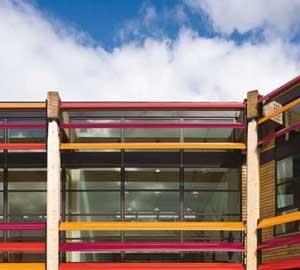 The development emerged in the week that PfS, the body set up to deliver the Building Schools for the Future programme, appointed 15 contractors to its £4bn design-and-build national academies framework.

Balfour Beatty, Wates and Willmott Dixon were among those who made the cut. Galliford Try, Morgan Ashurst and Bowmer & Kirkland missed out despite being shortlisted earlier in the year.

Speaking at the BSEC North conference in Liverpool, Colin Howell, PfS’ academy director, said: “We might look into PFI frameworks in future, as well as design and build. We need a basket of delivery tools.”

He confirmed that PfS was in discussions with lawyers about the possibility of launching a PFI framework, although proposals were at an early stage.

It is understood that the framework would be for companies that could provide an equity investment as well as a building capability, although lenders would not be part of bidding consortiums.

Such a framework would be among the first of its kind, although the Ministry of Justice is preparing one for “mini-Titan” prisons (see below). A source close to the process said: “The idea of a PFI framework has always been parked in the “too difficult” pile, but PfS are looking at it again as PFI has evolved.”

The national academies framework, announced on Tuesday, is split into two regions – the North and the Midlands, and London and the South; this is designed to open up projects to medium-sized contractors.

Watch the interview with Howell at www.building.co.uk/education