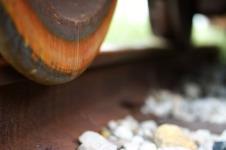 Network Rail has extended its framework contract to renew track for a further five years, leaving the busted Jarvis off the list.

The deal, worth £3.5bn until 31 March 2014, includes AmeyColas, Babcock Rail and Balfour Beatty. The current contract was due to end today.

Jarvis went into administration last week after failing to renegotiate lending with its banks.