He will leave later this year, with a search for his replacement imminent 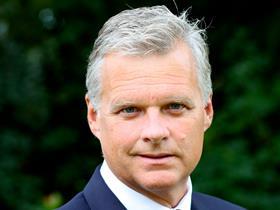 It said the timing of the announcement ensures that a new chief executive will be established in the role before the start of the next five year regulatory control period, which begins in April 2019.

A formal recruitment process, led by chairman Sir Peter Hendy, will begin shortly. He will also be responsible for making the appointment.

During his time as chief executive of Network Rail, he steered the firm through the period of being reclassified into the public sector. He also oversaw the biggest projects in its history, including London Bridge station, which opened last month, and Birmingham New Street station in 2015.

Commenting on Carne’s departure, Hendy said: “His leadership steadied the ship during the challenging transition to a public sector organisation and he has been the architect behind the huge positive changes in the company, driving transformation, devolution and efficiency, with an emphasis on equality and diversity too.

“Three years ago he set out a strategic vision for a digital railway transformation which is now becoming a reality in our plans.”