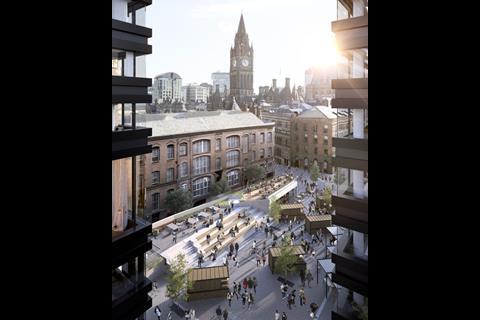 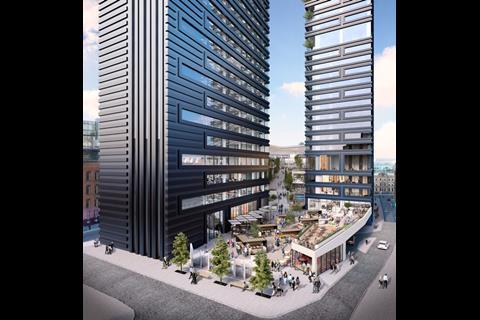 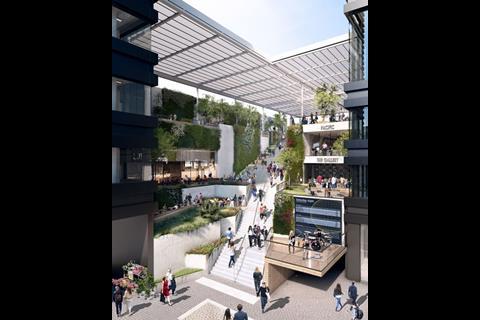 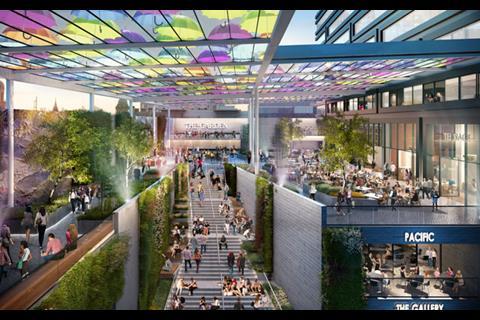 The £140 million city centre scheme, originally known as Jackson’s Row but now called St Michael’s, will include a new synagogue, a five-star hotel, 153 flats and 13,000sq m of offices, plus some retail.

The towers will be 31 and 21 storeys high and will be capped by two “sky bars”.

The 65,000sq m scheme will also involve a significant amount of public realm - some of it with a retractable roof and linked in one place by a 15m “architectural staircase” edged by bars and restaurants.

Gary Neville, director of Jackson’s Row Developments, said: “Our vision is to deliver the biggest statement in architecture and development that Manchester has seen in modern times.

“Our wish is for St. Michael’s to become the premier destination in the city that people come to enjoy all year round.  Through the provision of three stunning new public spaces, St. Michael’s Square, The Steps and The Garden, we’re committed to bringing back to life such a key, underused area of the city, which connects Albert Square and St. Peter’s Square through to Deansgate and onto Spinningfields.”

A number of historic buildings will be demolished to make way for the scheme but Manchester’s council leader Richard Leese said it was a welcome “vote of confidence” in the city at an uncertain economic time nationally.

Make chief Ken Shuttleworth said: “We have designed two slender, elegant towers for the site, which sit very much as a pair using the same sleek black aluminium cladding, yet with differing heights and arched crowns.

“Their appearance will change as you move around the city. Together they provide a dynamic addition to the skyline that will position the scheme in Manchester both physically and within the marketplace.”

A public consultation will take place in September.