Beard chairman Mark Beard has warned that he expects disputes between contractors, suppliers and clients will escalate once the government’s furlough scheme comes to an end.

The Treasury has introduced several cash-saving measures for firms in the wake of the covid-19 pandemic including loan schemes, VAT deferral and the furlough scheme. 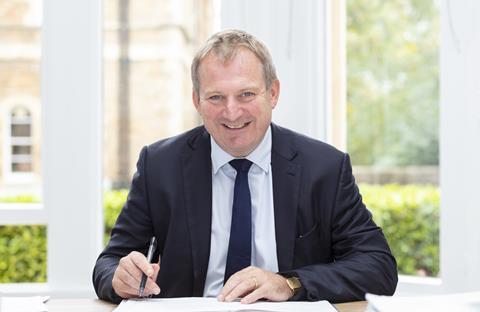 Beard, who took up the post of president of the Chartered Institute of Building last week, said his company had been forced to furlough around 50 of its 300 staff as jobs where it is preferred bidder got caught up in the government lockdown.

“The furlough scheme, the VAT delay – all these things have helped contractors’ cash flow,” he said. “The worst sort of behaviour hasn’t happened but I think it’s put off the day of reckoning. I think it’s inevitable we’ll see more bad behaviour.”

In April, Construction Leadership Council chairman Andy Mitchell said: “Our actions at this time will be remembered. All firms should think hard about how their reputation could be damaged by not doing the right thing.”

At the same time, Beard (pictured) said “main contractors have a responsibility to ensure they do everything they can to support suppliers”.

The £160m turnover contractor, which has four offices in southern England, including its head office at Swindon, said it expected income this year to be down by around 15%.

Beard added: “I think we’re going into a serious recession. I think this will be a long haul rather than being over quickly.”

The firm has 40 sites and is operating at around 90% of productivity – having gone down to 50% at the height of the pandemic. “We managed to keep going so we got output up from a relatively high number than if we’d had to shut down completely,” Beard said.