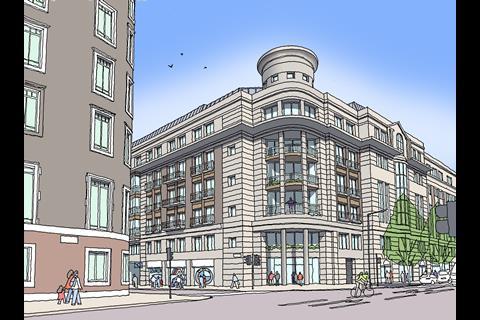 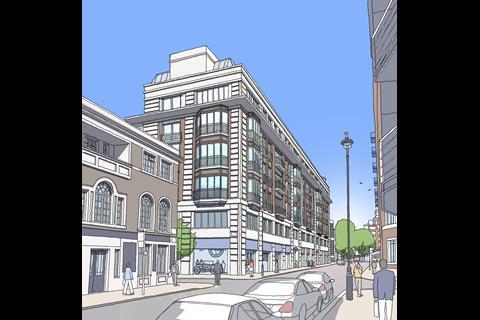 Westminster City Council has approved proposals to turn former Department of Transport offices in a prime part of central London into a 60-home residential development.

EPR Architects’ plans involve the sustainable refurbishment of  the Great Minster East Building, at the junction of Horseferry Road and Marsham Street, but the retention of a ground-floor-level car showroom. The upper floors of the building were formerly used as apartments.

The practice said its work would strip out  “all unnecessary and over elaborate ornamentation of the existing post modern design” while taking influence from other nearby refurbishments to “reinterpret” the Edwardian Mansion blocks typical of the Westminster Abbey Conservation Area.

It said the reuse of the concrete frame represented the equivalent of 20% of the building’s carbon footprint over 60 years.

“In addition the proposals will deliver many passive and energy efficient measures as well as complying with the requirements of Lifetime Homes to provide a design equal to any new build development, all of which can be delivered without causing the significant disruption to adjoining owners and the immediate area that would inevitably result from a new build development on the same site,” the practice added.