New orders fall at fastest rate in a decade 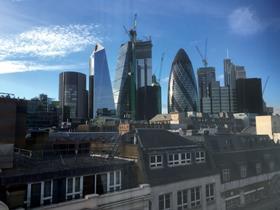 New construction work has experienced its sharpest drop in a decade, prompting industry figures to urge the government to end the current political uncertainty and sort out a deal with the EU.

Commercial work led the decline again in August, fuelled by clients putting off committing to contracts amid the current political – and Brexit-related – uncertainty.

As well as the fall in new orders IHS Markit said business optimism was at its lowest ebb since December 2008, when the UK economy was feeling the full force of the financial crisis.

The IHS Markit/CIPS UK construction PMI recorded a score of 45.0 in August, the fourth month in a row it was below the “no change” level of 50.0.

The only glimmer of optimism was in housebuilding, where activity fell only slightly, according to IHS Markit, with the rate of decline the lowest since the downturn began in June.

And the softer demand in the sector eased the pressure on suppliers of construction materials, helping to shorten delivery delays.

IHS Markit’s Tim Moore said the fall in business optimism suggested the sector was “braced for a protracted slowdown as a lack of new work to replace completed contracts begins to bite over the next 12 months”.

And Brian Berry, chief executive of the Federation of Master Builders, said small firms stood to suffer more than most from the current political impasse over Brexit.

“If we want local builders to deliver the high-quality homes our country needs, to upgrade people’s homes to modern standards and to form the supply chain for key national infrastructure projects that are essential to helping our economy move forward, then we certainly can’t afford for building companies to go to the wall due to uncertainty.

“The government must secure a new deal with the EU which Parliament can accept to deliver certainty and give an injection of confidence to the sector.”

Mark Robinson of framework specialist Scape said the latest data painted a gloomy picture of the industry. “The bad news is that the outlook is likely to deteriorate further in the coming weeks. However, tomorrow’s spending review provides the government with an opportunity to inject a feel-good feeling back into business.