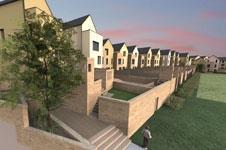 Proposals for new quality and space standards in public housing issued today could add almost £10,000 to the cost of a new home.

The Homes and Communities Agency consultation said the regulations, which could be introduced from next April, will add £9,895 to the average cost of a home, meaning almost 1,500 fewer homes could be afforded for every £1bn of government money spent.

The consultation says that in order to receive government funds or build on government land, builders will have to meet the Lifetime Homes Standard, Building for Life criteria, Secure by Design and level 4 of the Code for Sustainable Homes, as well as generous space standards similar to the Parker Morris standards from the sixties.

The Home Builders' Federation immediately hit out at the regulations, which designed to harmonise existing standards previously promoted by English Partnerships and the Housing Corporation before the HCA was created. It said in a statement that “it will simply not be possible therefore to meet all of these demands and deliver the required numbers of new homes.” It added that housing sites were being made unviable by the policy and regulatory demands being placed on them

However, Trevor Beattie, corporate policy director at the HCA, said housebuilders should realise that, by merging current conflicting standards, the effect of the consultation was to reduce the regulatory burden. He said: “The HCA inherited a very complex set of standards. This is essentially a de-regulatory process. This is a very open consultation and we are asking what people think of the standards and on the speed of introduction and the way we move toward them.”