The multi-million pound development would replace all of the City’s current court services, with the exception of the Old Bailey 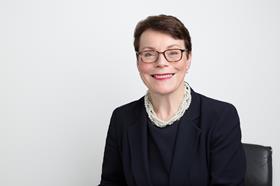 The City of London Corporation has backed the proposed construction of a new state-of-the-art courthouse to be built in the Fleet Street area of the capital.

This multi-million pound development would replace all of the City’s current court services, with the exception of the Old Bailey.

The court, whose main focus would be on fraud, economic crime and cyber-crime, would create space for 18 courtrooms. It would also hear other criminal and civil cases, including the work of the City of the London Magistrates’ Court.

The City Corporation plans to commission a feasibility study to analyse cost implications and identify possible funding sources. This is expected to complete early next year.

It said the exact location of the court would be announced “in due course”.

“The City looks forward to working closely with the Ministry of Justice and HM Courts & Tribunals Service in the coming years in getting this ground breaking project off the ground,” she added.