NHBC: A year has been wasted 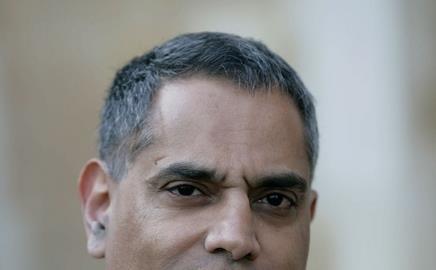 Imtiaz Farookhi, chief executive of the National House-Building Council, has accused the government of “wasting a year” in its drive to make new homes zero carbon by 2016.

Farookhi voiced his frustration at the launch of an NHBC Foundation report into domestic microgeneration technologies this week. He said little progress had been made since the establishment of the 2016 working group last year.

He criticised the government for its failure to commit funding for research into domestic renewable technologies. He said: “Meeting this target is going to be more difficult than the Olympics but we’ve not had a formal commitment from the government on research and development. In the private sector, we’re keen to work with the public sector to take this agenda forward.”

Farookhi also attacked the government’s failure to set up a body to help the industry achieve the targets set out in the Code for Sustainable Homes, as recommended in John Callcutt’s review of housing delivery.

He said: “It’s desperately important that we have a co-ordinating body that project-manages progress from now until 2016.” He added that the government needed to mount a campaign to prepare consumers for the higher standards laid out in the code.

The NHBC Foundation’s analysis of microgeneration technologies questions the usefulness of installing turbines on domestic residences but says progress is being achieved on solar-powered water heating.

John Tebbit, technical director of the Construction Products Association, said he agreed with Farookhi’s criticisms over the urgency of preparing the industry to meet the code. He said: “We’re 14 months on and, as yet, there is no delivery body or money. We’re 14 months down and we only have 100 to go.”

The report follows last week’s announcement that Barratt Developments has teamed up with energy supplier E.ON to provide renewable power in the UK. To begin with, the deal will provide power for 10 sites, including the English Partnerships Carbon Challenge 200 unit scheme at Hanham Hall, near Bristol. This will be “the UK’s first zero-carbon community”.