UK construction services boss to be replaced with immediate effect 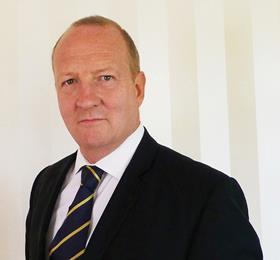 Balfour Beatty UK construction services chief executive Nick Pollard is to step down from the business after just two years in the role.

Pollard, whose role was downgraded in January this year, will be replaced by Dean Banks, who recently joined Balfour Beatty from bank note printer De La Rue as chief operating officer for the regional and engineering services businesses. Banks will take over Pollards role with immediate effect, with the title managing director, UK construction services.

A spokesperson for Balfour Beatty said: “After two years of leading the UK construction business, Nick Pollard is stepping down to pursue opportunities outside Balfour Beatty.

Banks’ appointment comes six months after new group chief executive Leo Quinn took the helm at the company. Quinn, who joined from QuinetiQ, was CEO of De La Rue between 2004 and 2008.

Pollard joined Balfour as UK construction services chief executive in June 2013, after the division’s previous boss Mike Peasland stepped down to run the contractor’s regional business. The contractor had reported the first in what was to become a string of profit warnings in April of that year.

Since that point, Balfour has issued a further four profit warnings related to the UK business,  with the most recent being a £70m cut to its profit in its construction unit, announced in January. In its full year results for 2014, announced in March, Balfour’s UK construction arm slumped to a £317m operating loss, compared with a £20m operating loss the year before.

The past two years have also been characterised by a series of management shake ups, culminating in the departure of former group chief executive Andrew McNaughton and chairman Steve Marshall, and the appointment of Leo Quinn, who started as chief executive in January this year.

In a letter to staff announcing Pollard’s departure, Quinn wrote:

“After two years leading our UK Construction business, Nick Pollard is stepping down to pursue opportunities outside Balfour Beatty. He leaves with our good wishes and thanks for his commitment and contribution to the business.”

Quinn went on to say that Banks, who it is understood joined Balfour around a month ago, has “a track record for working with his teams to solve problems and deliver lean services with excellent financial results”.