Nick Raynsford to stand down as MP 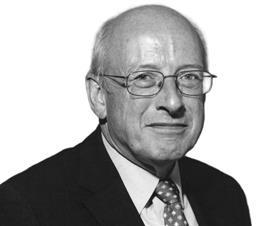 Labour MP Nick Raynsford, who has been a prominent champion of the construction industry in Westminster, is to stand down from parliament at the next election.

Raynsford, who has been MP for Greenwich since 1989, was minister for London and construction in the Blair government, and for a period, minister for housing.

Raynsford also campaigned for the regeneration of Greenwich - which involved the creation of the Millennium Dome, which later became the 02 Arena - and worked for the creation of a Crossrail station at Woolwich.

Raynsford said: “After more than 20 years representing Greenwich and Woolwich in parliament, I have decided to stand down at the next General Election, expected in 2015.

“As I will be 70 in 2015, I feel that will be the right time to stand aside. But I will continue to fulfil all my responsibilities in the meantime as MP for Greenwich and Woolwich and to be as available to constituents as I have endeavoured to be over the past 21 years.

“I will also work closely with whoever is chosen as my successor to secure a Labour victory at the next General Election.”