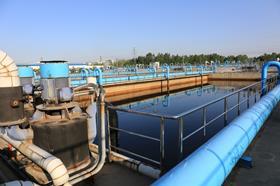 Nottinghamshire contractor NMCN has acquired a loss-making water tech company as it eyes growth in the water infrastructure market.

NMCN, which was previously known as North Midland Construction, will pay up to £3.8m for Lintott Environmental Technologies, a firm specialising in the design and manufacture of factory-built water treatment systems and software.

The firm will hand over a nominal £1 with £650,000 set to be paid on receipt of payment of unpaid invoices issued by Lintott, which is based in Norwich.

Depending on Lintott meeting pre-tax profit targets over the next three years, NMCN will pay a maximum amount of a further £3m. An additional £85,000 will be handed over for Lintott’s subsidiary Lintott Control Systems.

NMCN said the acquisition would allow the firm to deliver better water infrastructure which can reduce whole-life costs for customers through integrating assets and services.

The current leadership team of Lintott will remain with the firm.