North Midland inches back into the black 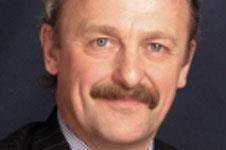 Work in the water and telecommunications sectors lifted contractor North Midland Construction back into the black in its half-year results, despite ongoing problems on three building and civil engineering contracts.

Robert Moyle, chair of North Midland Construction, said the group’s profit had been held back by ongoing problems on three “legacy contracts” in its building and civil engineering division.

He said the management of this division had been “restructured” but the “problems [with the contracts] still remain”.

He said: “Progress is being made in the resolution of these contracts, but the timing is proving to be problematical.”

The building and civil engineering division reported an operating loss £0.84m in the first half of 2014, compared to a £1.5m loss the previous year.

Moyle said that when the three problem contracts were stripped out of the group’s results, the group made a pre-tax profit of £1.8m, up from £1.2m the previous year.

Moyle said the NMCNomenca division won a series of contracts in the water sector during the half-year period, including a £16.5m job to reconstruct the Ambergate reservoir with Laing O’Rourke.

Moyles said the group’s utilities division had “been the beneficiary of increased expenditure by the telecoms companies on broadband infrastructure and this has caused revenue to rise by 15.5%” to £11m, up from £9.5m. The division also reported a rise in operating profit to £140,000, up from £4,000.